BARBEGAZI is a crazy fun winter festival that goes down in the middle of the city. It’s the go-to event for winter sports enthusiasts, with fun activities for the whole family that’ll keep you warm.

However, mystery remains around BARBEGAZI. Who is he? Where’s he from? We had a talk with Tribu Expérientiel, the agency which found him and convinced him to come over to Canada eight years ago.

We’ve been seeing BARBEGAZI around Canada for the past eight years. Where’d he come from?

BARBEGAZI is a Yeti-like mythical creature that was born in the Franco-Swiss Alps. This expert mountaineer spent his days in the caves that connect the Alpine summits. His large feet allow him to navigate powder snow like he was wearing snowshoes, and the rumour goes that his favourite pastime is to ride avalanches!

How do you recognize BARBEGAZI?

BARBEGAZI’s look is as distinctive as the festival he lent his name to! His frozen beard and blue-grey colour are unmistakable, especially when you catch him trying new tricks on his snowskate.

Why is BARBEGAZI only seen during winter?

He disappears as soon as the snow starts to melt to protect his beautiful frozen beard from melting. However, he makes sure to make the first tracks as soon as fresh snow hits the ground when winter starts.

If his main mission is to fight against winter hibernation, BARBEGAZI mostly enjoys being with fellow winter enthusiasts. 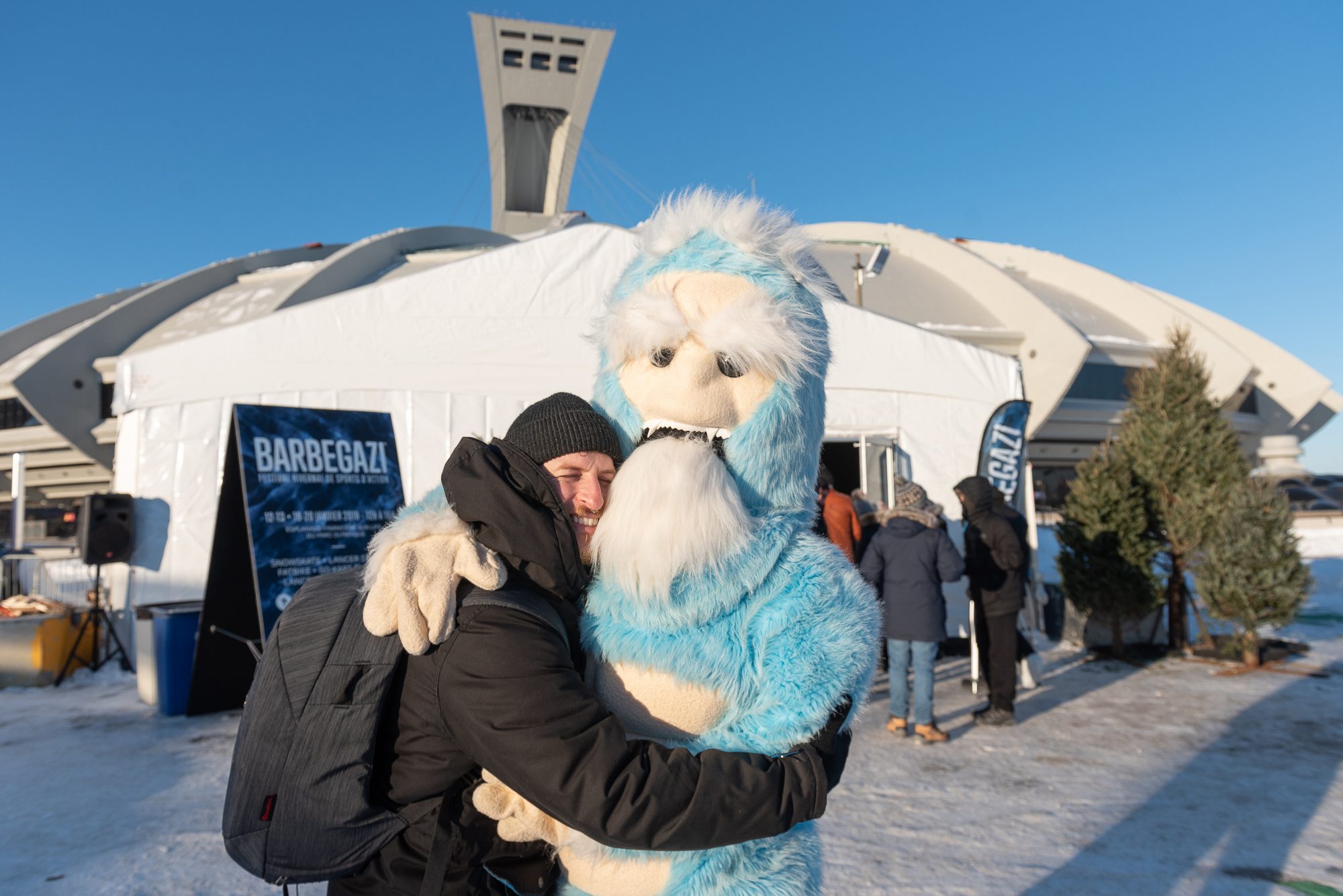 BARBEGAZI loves the Alps. How did you get him to make the move to North America?

It’s true that BARBEGAZI enjoyed his home, but his desire to spread his love of all things winter with fellow experts convinced him to leave his native Alps to come share his love of snow in Canada, where he’s been living his best life for the past eight years. He wanted to prove that while winter is cold, it can also be cool!

What can we expect from BARBEGAZI for his eight year in Canada?

He’s super excited to honour his annual meet-up with Quebecers on March 7-8, 2020 on the Olympic Park’s Esplanade!

After noted appearances in Denver and Summerside in 2019, BARBEGAZI will also spread his winter love to Banff on January 17-19 and January 24-26!

Now that you know a bit more about him, the best way to truly break the mystery is to come over and meet BARBEGAZI. If you get the chance to meet our half-hairy, half-frozen friend, make sure to challenge him to some of his favourite activities: snowskating, fatbiking, axe throwing and much more!